You can encounter RAVAK products at domestic and foreign trade fairs. Among the most significant such events are ISH in Frankfurt am Main, Germany or MOSBUILD in Moscow, Russia. RAVAK is one of the more important players in the area of art and design. We exhibit the artistic achievements of our designers, for example at Designblock in Prague. 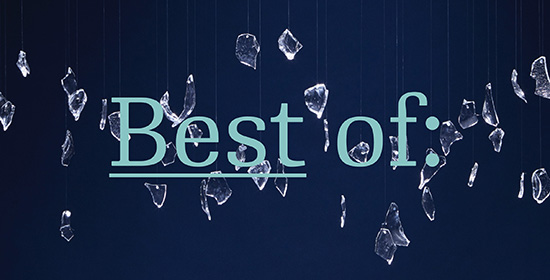 The Moon washbasin, designed by Kryštof Nosál, who was nominated in the Designer of the Year category of the Czech Grand Design competition, and RAVAK as its manufacturer in the Company of the Year category, was on display at the unique exhibition of competition finalists. Villa Pellé was overrun with expositions, accompanied with workshops, lectures and a pop-up shop showcasing the awarded products. 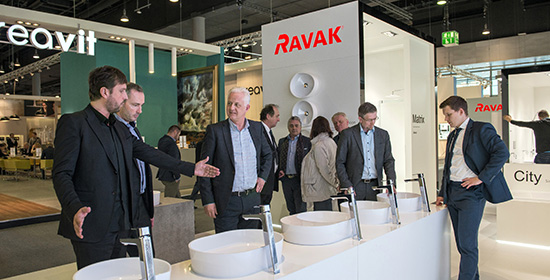 The biggest international meeting of manufacturers was seen by 200,114 visitors, and the RAVAK brand was presented among the other 2,482 exhibitors from 61 countries around the world. The stand was created by Kryštof Nosál, who created a fresh design covering 250 m2 based on cubes, perfectly suited for presenting bathroom concepts, with the 10° series at the forefront. “This is our public premiere of the extremely innovative 10° shower enclosure, a concept for a complete bathroom offering both bathing and showering,” beams Jan Hudák, Marketing Manager of RAVAK. Visitors from around the world could also admire the new Moon washbasin set and the most successful bathroom concepts: Chrome, Formy etc.

At the biggest Czech design and fashion event, RAVAK presented its new collection of Moon washbasins, designed by Kryštof Nosál. 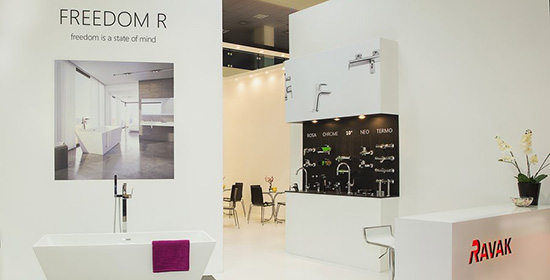 The company RAVAK participated in the 21st International Exhibition of Building and Finishing Materials Mosbuild 2015, which was held March 31–April 3. 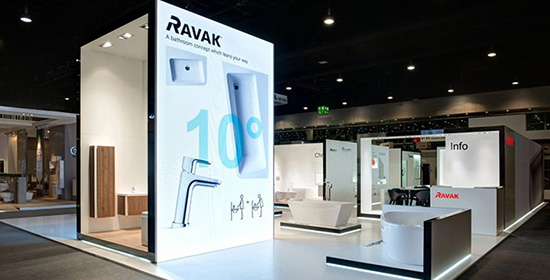 ISH is the world’s leading trade fair focusing on bathroom fittings and furniture, energy, renewable resources and air-conditioning. One of the mottos for this year was: “Design and Function in Harmony”, which perfectly matches the main goals of the RAVAK brand. This was the sixth time RAVAK had participated at the event. It has been representing the Czech Republic as the largest producer of bathroom furniture in Central and Eastern Europe since 2003. That is why it exports its products to more than 50 countries around the world. 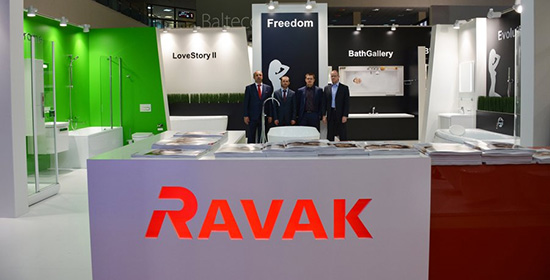 The company RAVAK took part at the international exhibition MOSBUILD 2014, which was held April 15–18 at ЦВК «Экспоцентр». 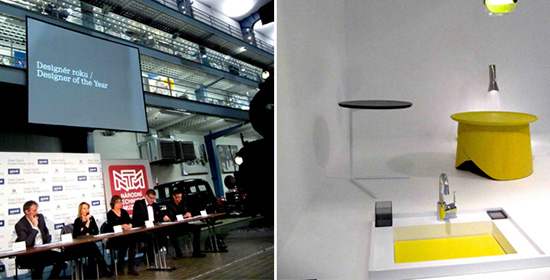 On show at the exhibition hall of the National Technical Museum in Prague was the work of designers nominated for the Czech Grand Design Award for 2013. Kryštof Nosál, master designer of the RAVAK brand, presented his washbasin from the Bath Gallery bathroom set, for which he was nominated to receive this prestigious award. 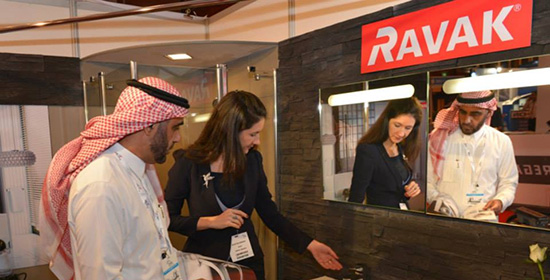 Our subsidiary in Dubai regularly participates at the Big 5 Show, the biggest trade fair in the region. The exhibited Chrome concept attracted the interest of Sheik Hamdan bin Rashid Al Maktoum, who opened the exhibition and is a satisfied customer of our company. He uses the You bathtub at his summer residence. 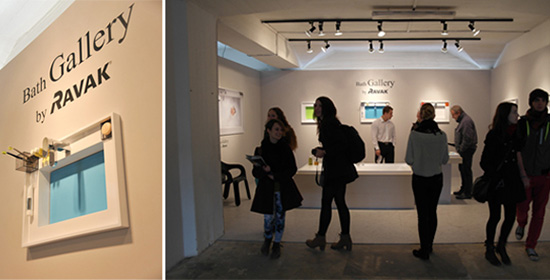