Acrylic shower trays are made out of sandwich material PMMA + ABS. They have an antibacterial property called Antibac®, gained in the manufacturing process. Antibac® is a special protection method of the shower trays against growth and multiplication of some species of bacteria and yeast.

Each year, RAVAK produces more than 100.000 of acrylic shower trays of the Kaskada range. These attractively priced deeper trays have deserved their place among the best-selling trays in Europe. They are divided into three types - LA, EX, PU. 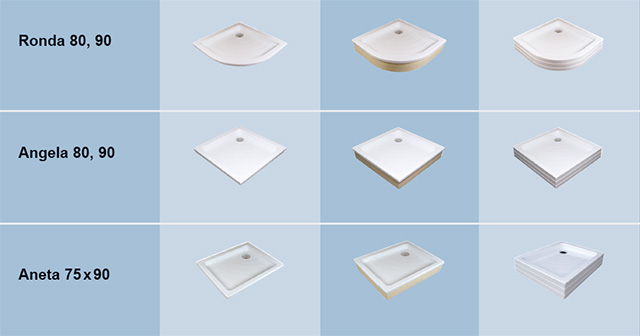 Do you want your children to enjoy daily bathing, even though your bathroom is too small for a bathtub? Would you like to sit while showering? Then purchase an acrylic deep shower tray (also called a mini-bathtub) that combines the advantages and benefits of bathtubs and shower enclosures.
Deep seating shower trays, mini-bathtubs, with a depth of 27 cm are universal and space-saving products. Total height of the Sabina deep seating shower trays is 42 cm. Therefore it is convenient to combine these trays with special "short" shower enclosures of the Supernova range. Mini-bathtubs are divided into three types - LA, LA+BASE, LA+BASE+SET. 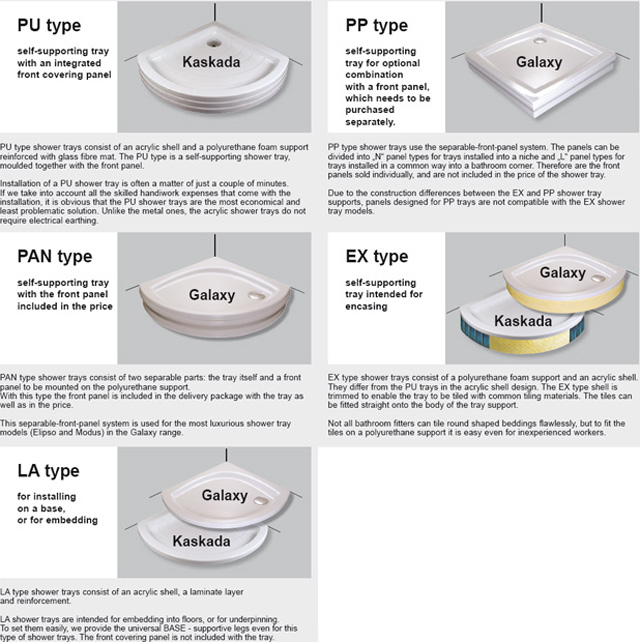